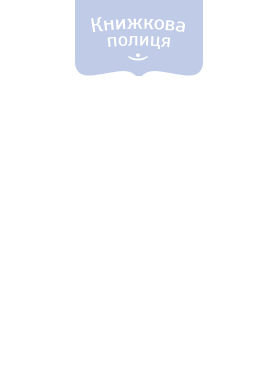 на даний момент немає опису
Завантаження коментарів...
Charles M. Sheldon
Всі книги автора
Charles Monroe Sheldon was born February 26, 1857, in Wellsville, New York, to Stewart and Sarah (Ward) Sheldon. His father was a Congregational minister and reassigned to churches five times before the family finally settled in South Dakota. Sheldon's family supported the temperance movement and at the age of seven he signed a total abstinence pledge, promising not to use alcohol and tobacco.

Sheldon studied at Phillips Academy in Andover, Massachusetts, and graduated from Brown University in 1883 and Andover Theological Seminary in 1886. He was hired by the Congregational Church in Waterbury, Vermont, in 1886. Sheldon was inspired by the social gospel movement, which encouraged churchgoers to help solve social problems of the day. His Waterbury congregation was not receptive to the message.

A visitor from Kansas introduced Sheldon to his granddaughter, Mary Abby Merriam, and encouraged Sheldon to bring his ideas to Topeka. Central Congregational was impressed with Sheldon’s passion and hired him as pastor of the Topeka church. Sheldon and Merriam were married on May 20, 1891. They had one child. To attract young followers, Sheldon developed a Sunday evening sermon series with a dramatic ending to be concluded the following week. Response was enthusiastic. One story in particular resonated with the congregation as Sheldon asked “What would Jesus do?” A religious magazine from Chicago published the stories in weekly installments and then in book form as In His Steps.

Tennessee Town Black KindergartenIn 1893 he and Central Congregational sponsored the first African American kindergarten west of the Mississippi River. Sheldon labored a week at a time for numerous Topeka businesses, railroads, and merchants to understand their concerns. He also traveled throughout the world to support the temperance movement. In 1900 the Topeka Daily Capital offered Sheldon the chance to publish for a week “as Jesus would do.” Circulation rose from 15,000 daily copies to more than 350,000 delivered internationally.

Sheldon retired from Central Congregational in 1920 and edited the Christian Herald. He was an active peace advocate and wrote a prohibition plank for Alfred Landon's Kansas gubernatorial campaign. Sheldon died February 24, 1946, in Topeka. Sales for In His Steps have been estimated from $10 to $30 million dollars and "What Would Jesus Do?" (WWJD) has been translated to bracelets, t-shirts, necklaces, and other visible expressions as a Christian motto.
Оплата | Доставка
Про магазин
Як замовити?
Дисконт
Контакти
Договір публічної оферти
Християнська
книгарня